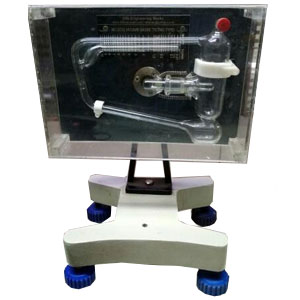 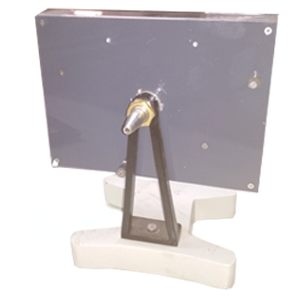 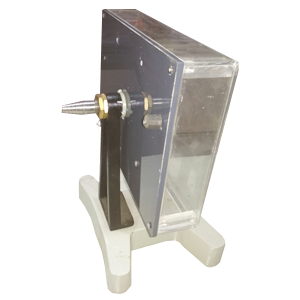 McLeod gauge was invented in 1874 by Herbert McLeod (1841–1923). McLeod gauges were once commonly found attached to equipment that operates under vacuum, such as a lyophilizer. The design of a McLeod gauge is somewhat similar to that of a mercury-column manometer.

McLeod gauges operate by taking in a sample volume of gas from a vacuum chamber, then compressing it by tilting and infilling with mercury. The pressure in this smaller volume is then measured by a mercury manometer, and knowing the compression ratio (the ratio of the initial and final volumes), the pressure of the original vacuum can be determined by applying Boyle's law.( P1V1=P2V2)
Where P & V referes to pressure and volume and 1 & 2 refers to that of initial & final condition.

This method is fairly accurate for non-condensable gases, such as oxygen and nitrogen. However, condensable gases, such as water vapor, ammonia, carbon dioxide, and pump-oil vapors may be in gaseous form in the low pressure of the vacuum chamber, but will condense when compressed by the McLeod gauge. The result is an erroneous reading, showing a pressure much lower than actually present. A cold trap may be used in conjunction with a McLeod gauge to condense these vapors before they enter the gauge. Hence McLeod gauge is considered as most accurate gauge for permanent gases.( N2 & O2).